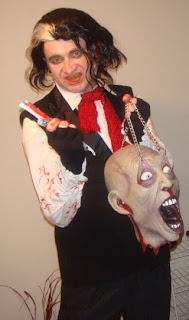 I was Sweeny Todd for Halloween this year. It seemed appropriate that I portray a serial killer. At the first party I met up with my niece, Amanda who was Mrs. Lovett, so we had a great conversation about how to make pies of people. Who would of known that a friend of Sweeny's would be at the party, Hannibal Lector. 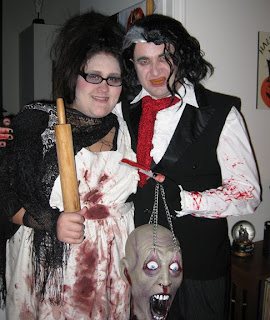 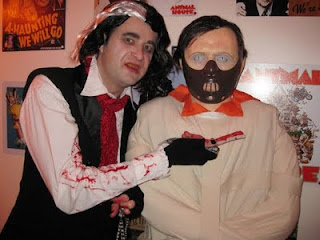 The second party was a blast where Sweny found more victims to relieve his blood lust. 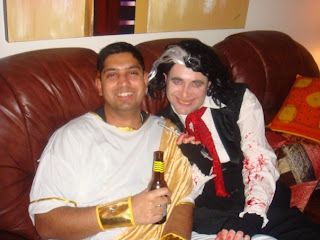 Posted by John Borowski, filmmaker at 7:46 AM 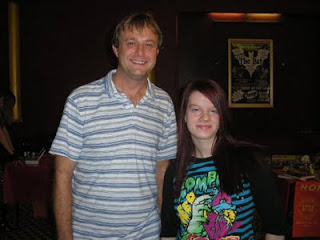 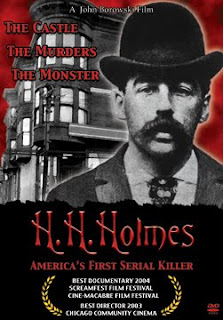 Apple makes it impossible for indies to get their work on itunes.

It really sucks that we can edit with their software but not have our films distributed through their itunes store.

Check out Createspace for the best distribution outlet for indie filmmakers through Amazon.com.
Posted by John Borowski, filmmaker at 12:12 PM

January, 2009 marks the first time ever that I have entered the digital download phase of distribution of H.H. Holmes and Albert Fish. Amazon.com has opened amazing opportunities for independent filmmakers by allowing filmmakers to rent and sell their films online via digital downloads. For $1.99 you can rent the films and view for up to 7 days. For $9.99 you can download and own the films. 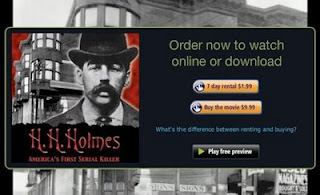 I also recommend any independent filmmaker who wishes to distribute their films get in contact with Amazon and pursue these same distribution methods. I author DVD's if you need these services. The great aspect of downloads and print/view on demand is that the filmmaker authors a DVD then incurs to further out-of-pocket costs. The filmmaker receives a profit which can be verified online, there are no hiden fees or marketing fees, which is a huge problem with the traditional distribution process.

These methods of distribution are the future of independent filmmaking.
Posted by John Borowski, filmmaker at 10:34 AM