I attended the Chicago Filmmakers Meet up last night, which was very enjoyable. The meet up is like speed dating, where you are given so many minutes to talk to an individual then you switch and talk to another. A great way to meet other artists int he film community.

So I was talking to a composer who teaches at Columbia College whose name was Hummie. Let me preface this by stating that I am a huge film music fan and collect film soundtracks. The composer asked me if I was a fan of Mel Brooks. Of course. He then tells me he scored Brook's last two films. Then it hit me. This was Hummie MANN, film composer. I really love his score to Year of the Comet. Talk about shock and awe! I was honored to meet Hummie Mann. These are the little gems which are so great about Chicago film.
Posted by John Borowski, filmmaker at 7:24 AM

I was updating links on the Fish site and noticed something odd, but funny. 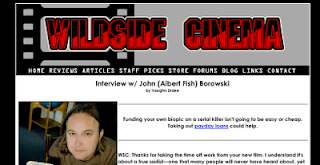 Look at the link next to my head which is a link to the actual payday loan site. Payday loans has a sense of humor!
Posted by John Borowski, filmmaker at 8:35 PM 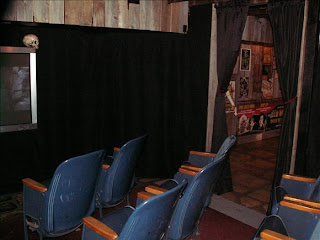 There was a full house in attendance last night for the Horrorbles screenings of Holmes and Fish. Two people walked out on Fish and I thanked them as it was the ultimate compliment that they could not take any more of Fish's disturbing story. I was very impressed with atmosphere and style of the gallery at Horrorbles. The 16 seat theater is furnished with actual movie theater seats which are very comfortable.If you are a fan of horror, then you must visit Horrorbles.
Posted by John Borowski, filmmaker at 8:32 AM