I was told today that the panel selection process is not final and that there is a minimum of four panelists and I am in the running for one of two slots as the "big names" are automatically chosen for two of the slots and us little guys have to wait in anticipation to see which of us will be lucky enough to be selected. The two panelists who are automatically on the panel are: Michael Mann's daughter and John McNaughton, whose film Henry Portrait of a Serial Killer was released in the Jurassic era of 1986, over 26 years ago! Needless to say I was very upset that I was told that I was on the panel and to publicize the fact that I was selected on the panel, only to now find out that it is still in the selection phase. Here is part of my response to this news:

"Why does the selection of four panelists not include Mann and McNaughton as it seems they are automatic choices? To be truly diplomatic, all of the names should be considered and not jut the "big names". This seems to be yet another case of the bug guys muscling out the little guys and that is sad. But believe me I understand the politics of Hollywood and that is why I left LA in disgust. Henry was released in 1986, that is over 24 years ago! Whereas I am a true crime filmmaker CURRENTLY immersed in serial killers and films on serial killers, CURRENTLY working on my third film on a serial killer. This proves that the panel selection is the typical practice of the Hollywood political system, which is very sad for a film festival such as SXSW to be participating in and is exactly why I tell filmmakers NOT to enter their films in festivals as they are throwing their money in the trash.

If you can please keep me posted on the selection process, that would be great, but to tell you the truth this whole thing has left a bad taste in my mouth and rather than spending my limited funds on airfare and food for the conference, I may just allocate those funds to completing my film on Panzram. I am pretty certain that John McNaughton will not be paying for his own airfare."

Posted by John Borowski, filmmaker at 8:47 AM 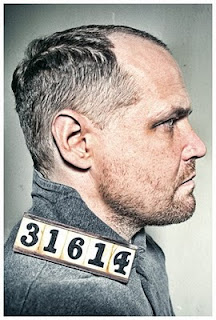 Audio from Albert Fish wil be featured in a song by Sparzanza, to be released in February.

John Borowski has begun production on a documentary titled: SERIAL KILLER CULTURE. The documentary will examine how serial killers have influenced modern culture.

Panzram is finalizing production filming.
Posted by John Borowski, filmmaker at 11:45 AM